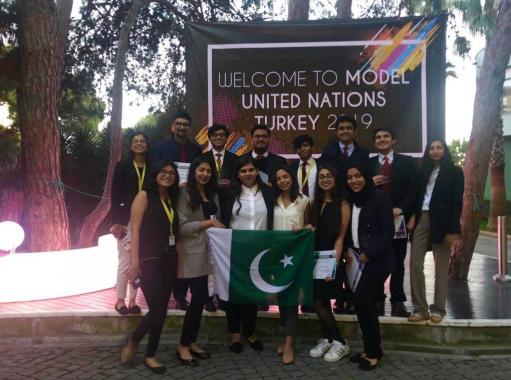 LUMS received the Best Delegation Award after winning 13 awards during the conference, including 5 Best Delegate awards, 7 Outstanding Delegate awards and 1 Honorable Mention award. The team secured competed with 56 teams (600 participants) from all over the world including 4 other teams from Pakistan from Nixor College, Froebels International, KYMUN, and CBM.

MUNTR is considered to be the biggest and most prestigious Model United Nations Conference in Turkey and in its surrounding region. The LUMS delegation also secured the Best Delegation award at MUNTR last year.