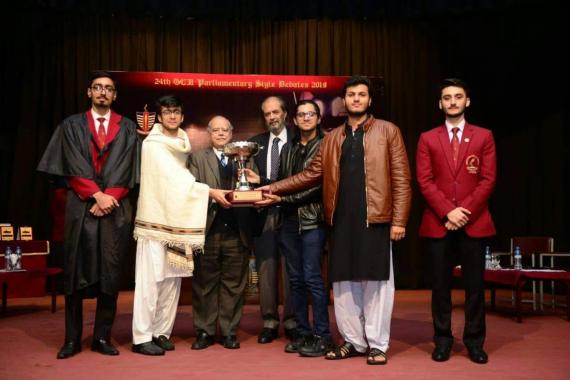 The Government College University (GCU), Lahore is one of the country's oldest and most prestigious educational institutions, and has hosted a Parliamentary Debating Championship for the past twenty-four years. The 24th edition was held this year from February 15 – 18, 2019. As is tradition, the tournament was held in the Asian-Style format, with four preliminary rounds, and three knock-out rounds. Teams got the opportunity to speak on matters that not only concerned the individual themselves but also society, both at a local level and global level.

Debates and Recitation at LUMS (DRUMS) sent two teams to this year's competition in the English category. It gives us great joy to announce that competing against teams from institutions from all over Lahore, LUMS managed to emerge victorious for the third year in a row at the Parliamentary Debating Championship.

Mr. Abro was also declared the tournament's Best Speaker while Mr. Imran and Mr. Ahmed took the Second Best Speaker and the Third Best Speaker prize at the tournament respectively. We are sure that our team will continue to represent LUMS at such prestigious platforms with similar success and grace.